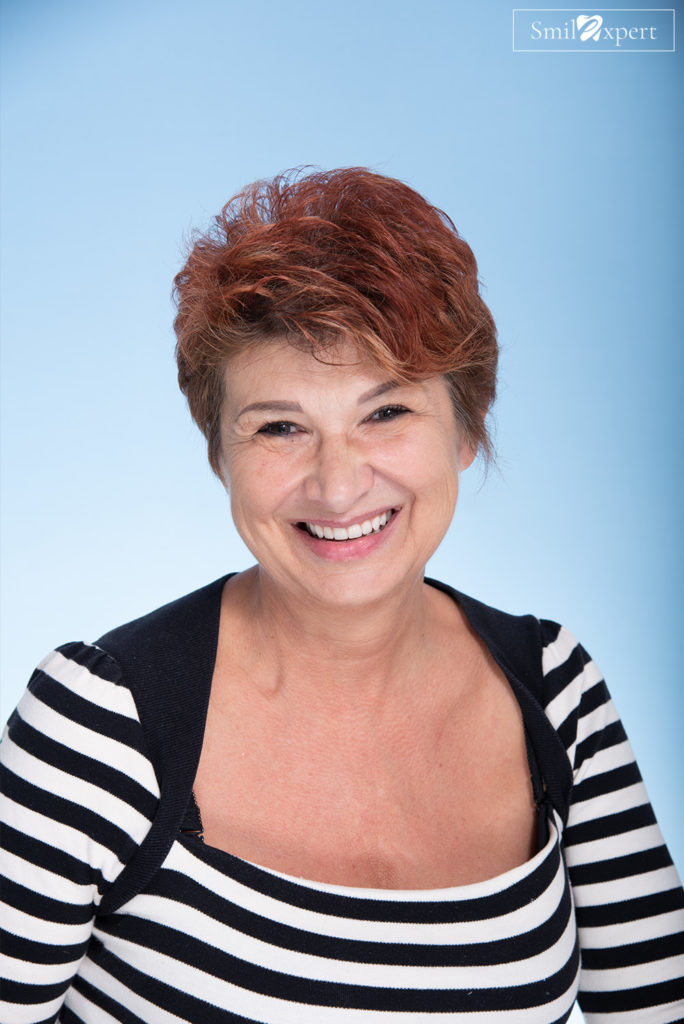 Our patient visited our practice because she was not satisfied with her removable dentures.

She told us that it was not aesthetically suitable for her, but her biggest problem was the wearability, or in this case, the unwearability of the denture. The upper denture moved in a disturbing way, while the lower one wobbled so much that it became unwearable.

After examination, it was found that the problem was partly caused by improperly made removable dentures and partly by severe atrophy of the alveolus (jawbone).állcsont) erőteljes sorvadása okozza.

For the lower jaw, taking into account the possibilities and the needs of our patient, we chose the All on 4 technique. Thanks to this relatively new method, our patient received a temporary fixed prosthesis within 24 hours (she wore this temporary prosthesis until the permanent prosthesis was ready), which restored both the aesthetic and functional deficiencies.

After the implants had ossified, i.e. after 3 months (which can vary from case to case), the final fixed prosthesis was made and screwed onto the implants.

Wearing the restorations was comfortable and made our patient feel good from the moment of delivery. This is also due to the abutment bite recording technique, which allows the teeth to be placed in a much better functional position.

Our patient's eyes clearly show the joy and satisfaction, as her quality of life has improved, her well-being and her career have been positively affected by the changes. 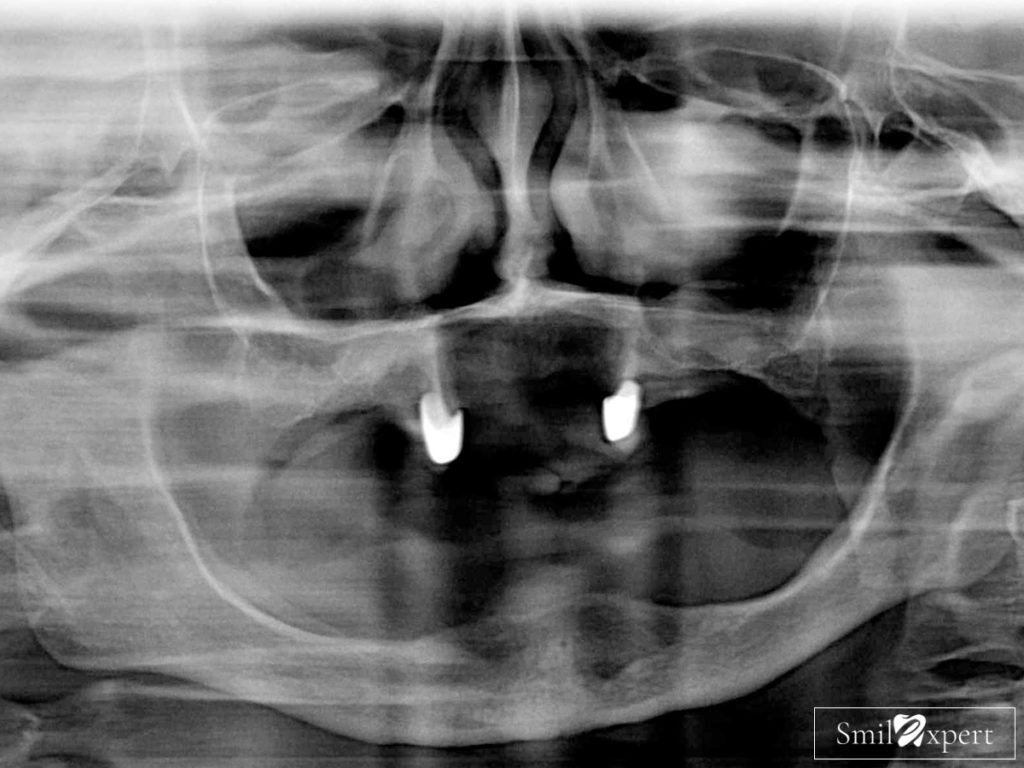 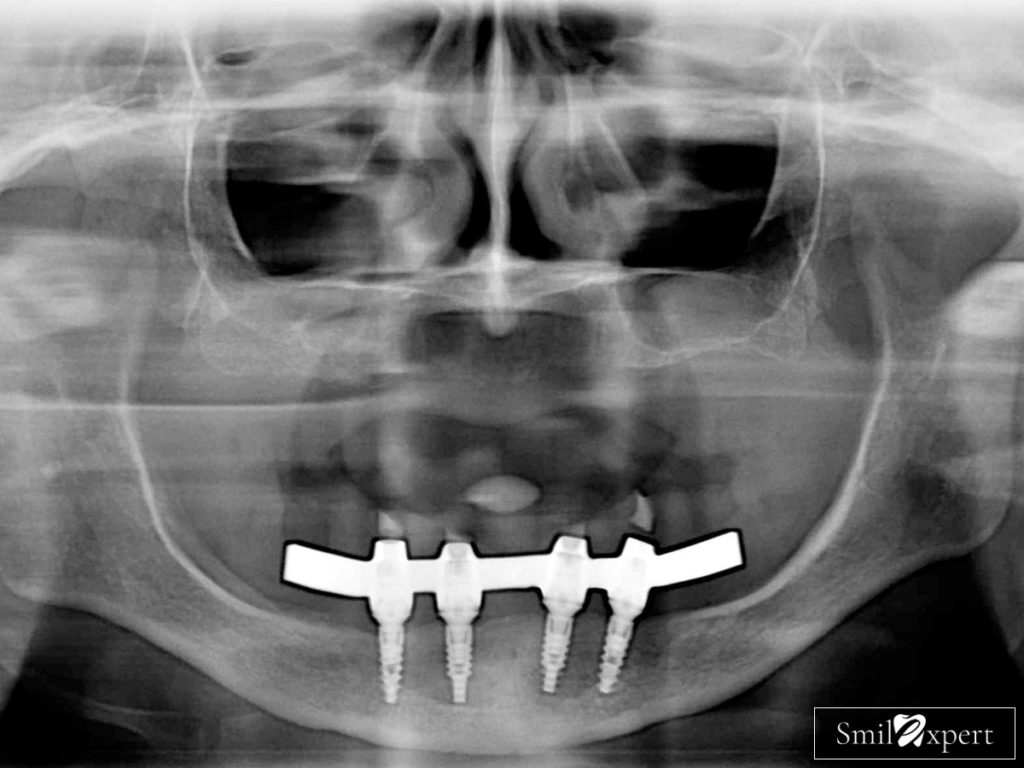 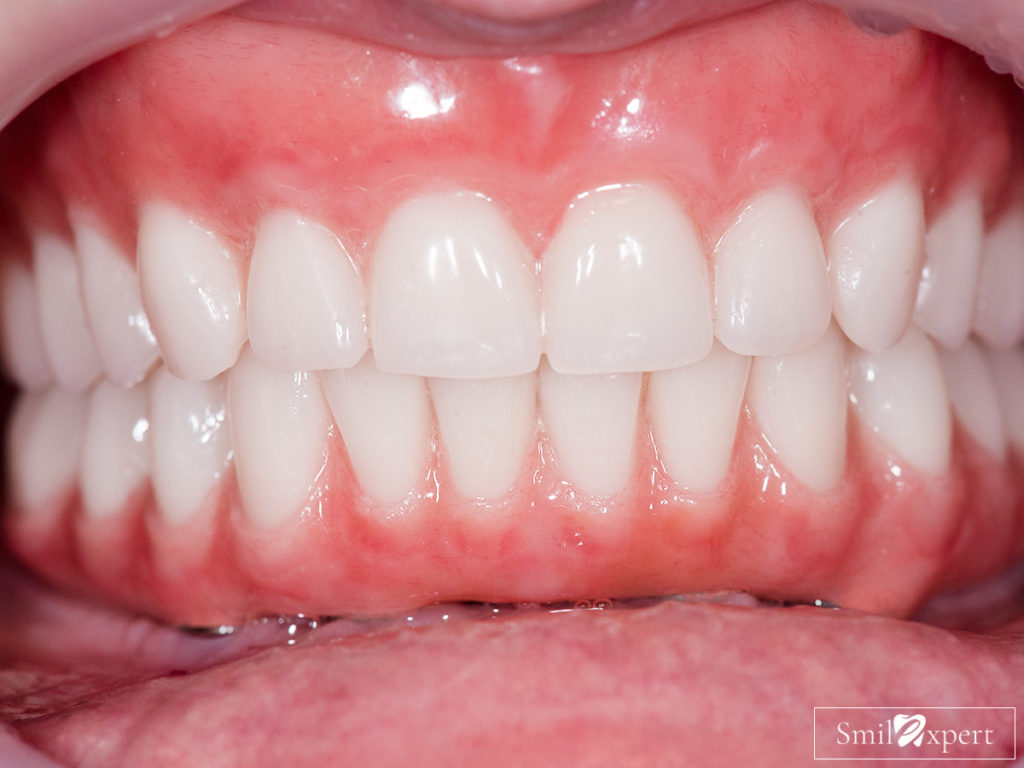